As promised in a previous post, here are some photos from 1973.

This was the do-or-die shot I mentioned before. Cycle News asked me to cover the event and get some shots. I knew the big shot would be the jump, and it was sweat city. My Pentax did not have a motor drive, and Knievel was going to be in the air for about one second. This would be an easy one to screw up.

First, Knievel made a big show of it. He did some high speed charges up and down the Green Valley drag strip, once doing a feet-up slid to a stop in front of the gathered dignitaries. I was impressed. He also had championship racer Roger Reiman holding his bike for him. It was a real class reversal in my view. 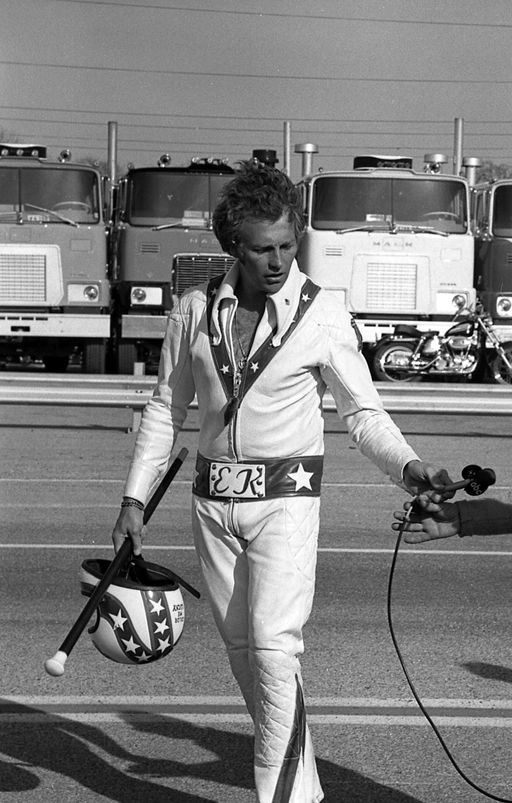 Sports announcer Howard Cosell was there to provide the usual hype. 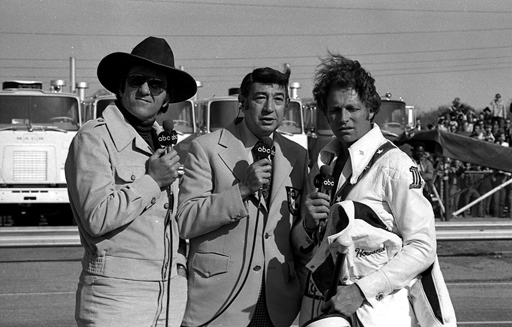 And finally, Knievel made the jump, and again I’m glad I did not have a tragedy to capture on film. 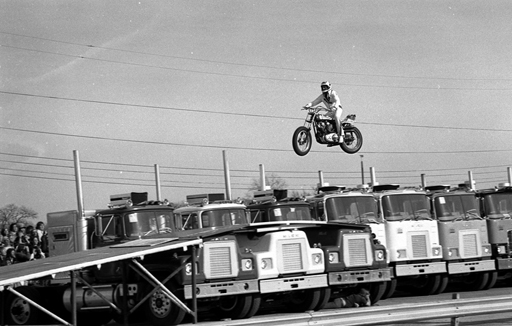 I later noticed the photographer from The Dallas Morning News had placed himself on the ground beneath the jump and got a great shot of the bottom of the Triumph. You can barely see him in the photo below the bike. It was a striking photo, but I would have been concerned there was a good chance of missing the shot. I played it safe, and Cycle News got their photo.

I'm a retired engineer living in San Antonio, Texas. I have served in the Navy, raced motorcycles, taken scads of photos and am usually a nice guy. I have political and religious opinions, and these opinions tend to be driven by an excess of observed stupidity. Gross stupidity is the supposed target of many of my posts.
View all posts by John Blanton →
This entry was posted in Motorcycle, Photos, Sports and tagged Evel Knievel, Green Valley Raceway, Howard Cosell, motorcycle, photos, sport. Bookmark the permalink.