Another excuse for posting some photos. My records indicate I took these photos in March 1968. Apparently I was using my brother’s Petri 35 mm SLR. In May 2005 I was out on my own in Tucson without much else to do in my spare time, and I scanned the negatives.

Austin Raceway Park was fairly primitive in those days, and I don’t think it ever got much better. However one thing I enjoyed about ARP was their casual way of running their operation. Nowadays I would need solid press credentials and an iron clad waiver of responsibility in order to get this close to the action. I forget how I did it back then, but most likely I just told them I wanted to take the photos, and they had me sign a form, and told me where I was not allowed to go.

All that was fair enough, and as a result over the years I obtained some memorable images, including one of Kenny Bernstein’s engine explosion.

Just the machinery involved makes for some interesting photos. 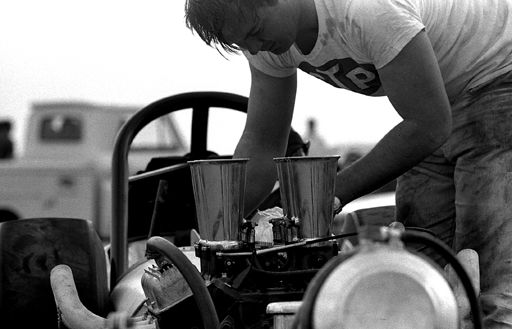 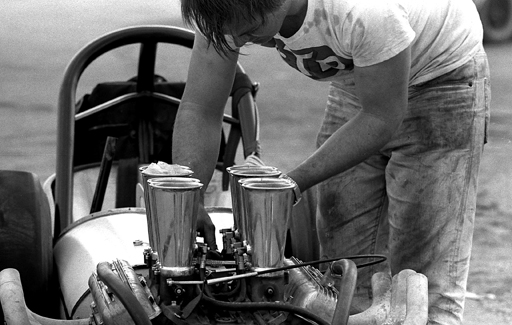 Setting up to race involved a log of jockeying cars around in the staging area. 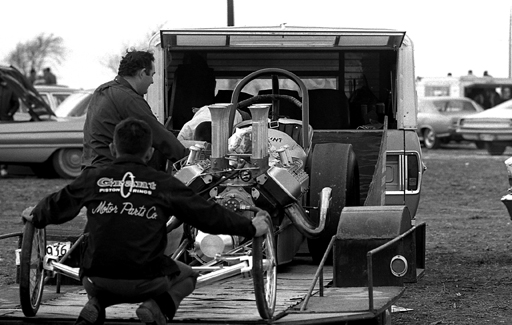 The street racers were always interesting. Owners took a lot of pride in their machinery and personalized the cars elaborately. 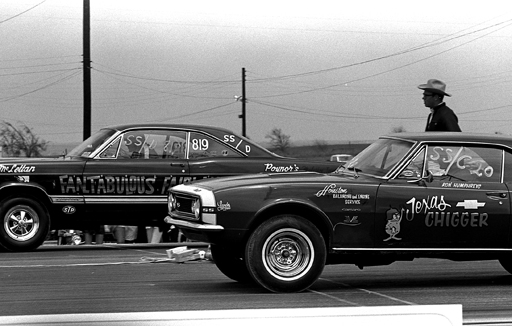 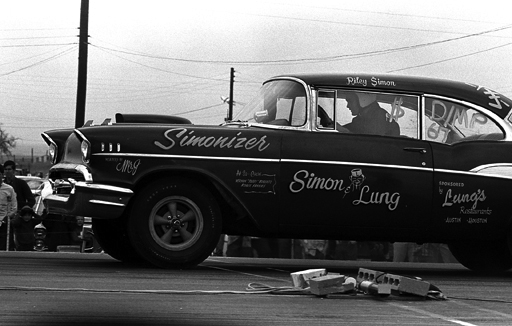 The rail jobs turned in the most drama. Taking off from the grid and unloading through the speed trap made for the best photos.

There was this guy there one day who had a souped up van that would do wheelies. He wowed the crowd with multiple runs until after I left for home. Then, I was told, he lost it completely and rolled it. I should have been there for the photo. 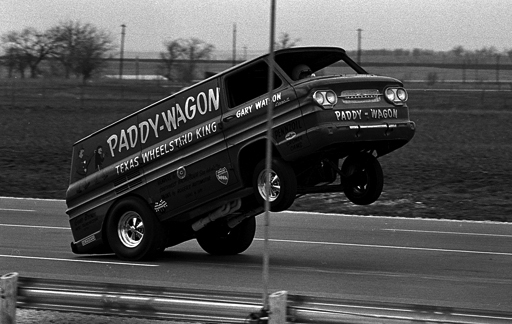 I'm a retired engineer living in San Antonio, Texas. I have served in the Navy, raced motorcycles, taken scads of photos and am usually a nice guy. I have political and religious opinions, and these opinions tend to be driven by an excess of observed stupidity. Gross stupidity is the supposed target of many of my posts.
View all posts by John Blanton →
This entry was posted in Automobile, Racing and tagged Austin Raceway Park, Automobile, racing. Bookmark the permalink.