We were first here 20 years ago, and we came back again later when we took a short trip over with a friend. It’s a must-see place if you’re going to be in Paris for a few days. It’s the National Museum of Natural History, conveniently located on Rue Cuvier just south of the river.

It’s a healthy stroll from where we’re staying for two weeks,, and the weather today is fantastic—lots of sunshine and no rain. Makes us wonder why we chose this day to spend in a museum. Anyhow, once we found it we plunked down 9.oo€ each and spent an interesting few hours.

It’s a huge, multiple-level hall, with the ground floor devoted to large animal exhibits. The museum is not big on geology, few fossils. Development of living things seems to be a main theme, with numerous exhibits devoted to modern theories of evolution.

But first, the parade of animals (partial coverage to follow). 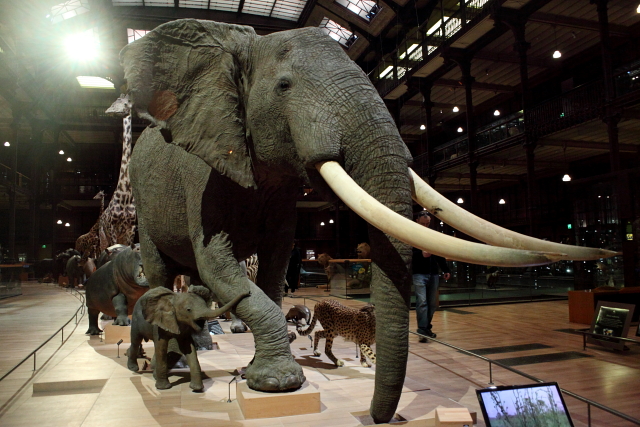 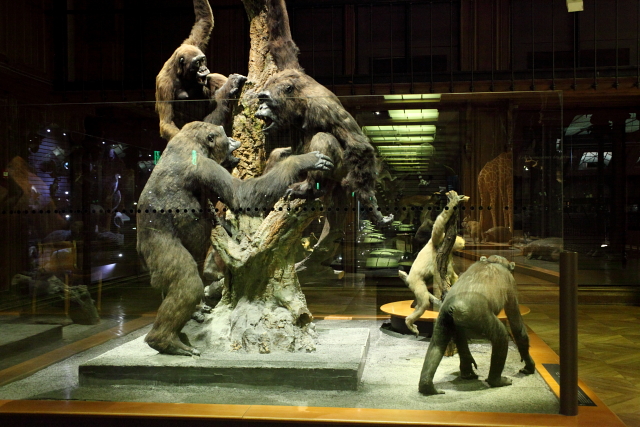 One thing I recall from my first visit was the full-size whale skeleton. That exhibit has been extended. 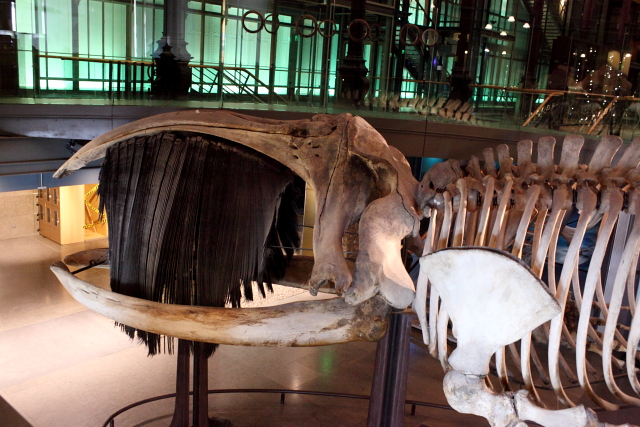 Ever wanted to get an appreciation of the size of a moose, here it is.

Now compared to the size of a homo sapiens.

Barbara met a woman over from England for a visit. They compared notes.

It takes a few views to convey the scope of the venue.

Next door is the Jardin des Plantes, which we have seen previously. It’s on the list of stuff to see again.

I'm a retired engineer living in San Antonio, Texas. I have served in the Navy, raced motorcycles, taken scads of photos and am usually a nice guy. I have political and religious opinions, and these opinions tend to be driven by an excess of observed stupidity. Gross stupidity is the supposed target of many of my posts.
View all posts by John Blanton →
This entry was posted in Animals, Photos, Science, Travel and tagged animals, museum, National Museum of Natural History, Paris, travel, vacation. Bookmark the permalink.