One of a continuing series

Streaming on Amazon Prime Video. In 1976 a group of anti-Israeli militants hijacked an Air France liner bound for Paris from Athens. They forced the crew to take the plane to Entebbe Airport in Uganda. There they held the passengers and crew hostage, demanding the government of Israel release prisoners it held. The Israeli Defense Force (IDF) launched a military operation to rescue the hostages and to kill the militants. Before the year was out production started on a movie about the operation, and, casting about for a title, they couldn’t come up with anything better than The Raid on Entebbe. Details are from Wikipedia.

I don’t need to recount the plot, since it mostly follows events now cemented in history. I will post a few screen shots from Amazon and add my critique. Opening scenes show passengers boarding the flight out of Athens  International Airport. The flight had originated in Israel and was stopping in Athens to pick up additional passengers. 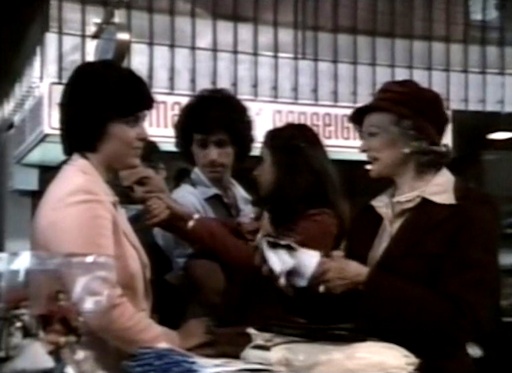 The plane takes off. 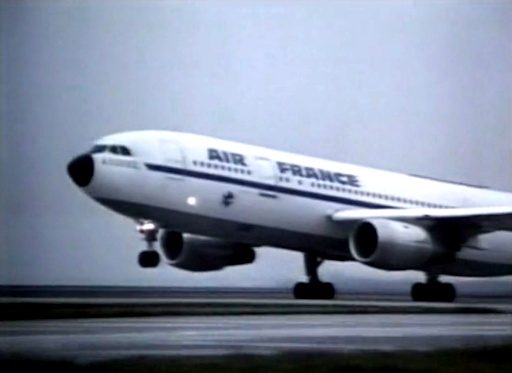 In the air, a German woman retires to a secluded area and unpacks her purse. Inside is a grenade and a pistol. She pulls the pin. My, how times have changed. I have since been forced to dump a small container of Brute before being allowed to board a flight to Ohio. 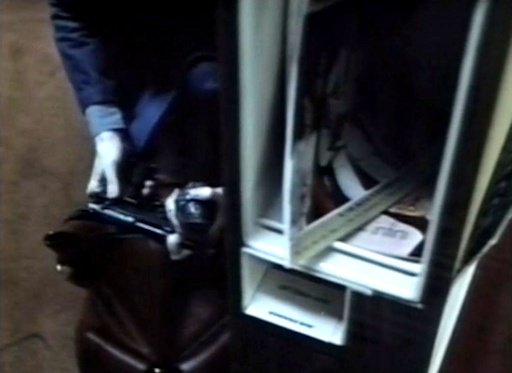 She levels the pistol at the passengers and announces her intentions regarding the grenade. If anything happens to her, the spoon will flip open, and the grenade will likely bring down the plane. Outside the flight deck door she screams. Repeatedly and loudly. When a flight crew member opens the door the woman’s associates stream in, pointing guns and instructing the pilot to take a heading of 181. We see the plane flying west. We expect to see the plane make the turn to the left. It banks to the right. (?) 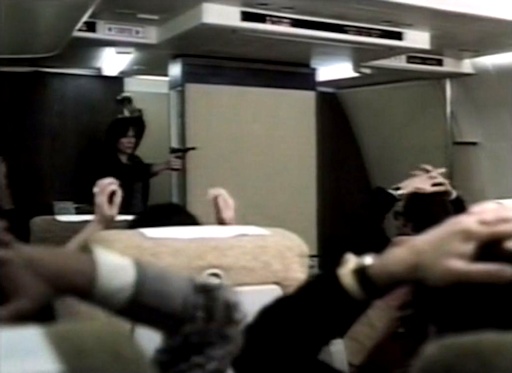 The film features prominent Israeli officials, including Yitzhak Rabin (Peter Finch) and Shimon Peres (Tige Andrews). The movie spends a lot of time showing the Israeli government agonizing over how to resolve the situation. They know that if they accede to the militants’ demands, the result will be “open season” on Israeli citizens. 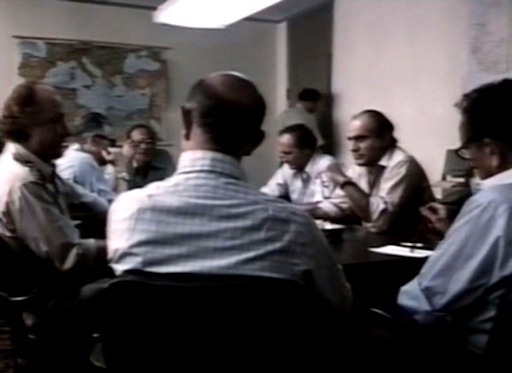 The ruler of Uganda at the time was Idi Amin Oumee (Yaphet Kotto), who has thrown in his lot with the militants, in fact, inviting them in advance to stage in his country. We see him strutting in to address the hostages, reminding Americans of a modern day president, but one with actual military experience. 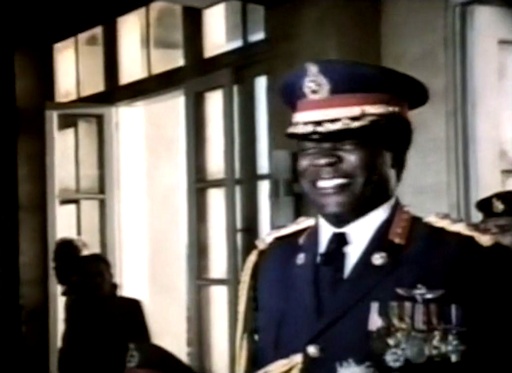 Ominously, the militants separate Israeli citizens and those assumed to be Jews from the others. The others are repatriated, arriving shortly in Paris. The French crew refuses the offer to repatriate. They will throw in with the people whose safety they are committed to protect. The repatriation turns out to be a tactical mistake, because the returnees provide essential intelligence of aid to the Israeli assault force. If the Israeli government does not comply with their demands, the militants will begin killing hostages on 4 July. Americans will recall this as the 200th anniversary of the signing of our Declaration of Independence from England. 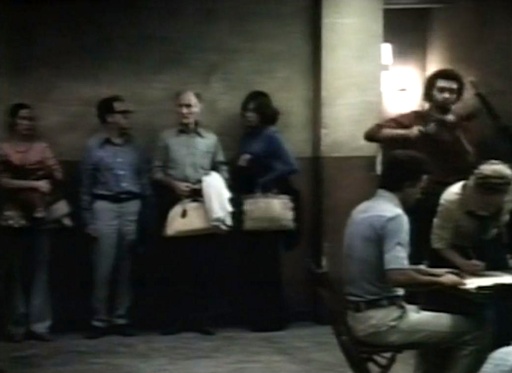 The leader of the assault team, Lt. Col. Yonatan “Yoni” Netanyahu (Stephen Macht) shows his men drawings of the militants, made from interviews with the returnees. Netanyahu, older brother of current Prime Minister of Israel Benjamin Netanyahu, will not survive the mission. 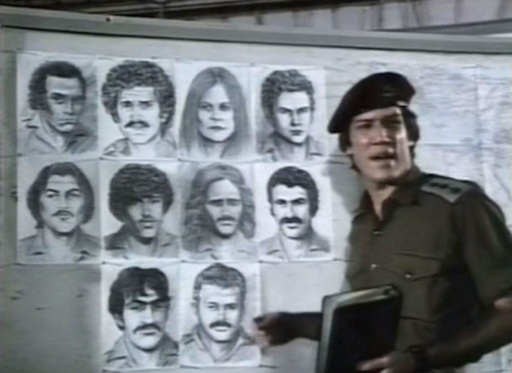 The mission begins in secret on 3 July, and in the early morning darkness of 4 July multiple C-130 cargo planes land at Entebbe airport. Aboard is a black Mercedes limousine, similar to the one used by Amin. The first action of the assault force is to shoot two Ugandan soldiers pulling security duty. The more complete story is that instructions were to make the kills using silenced weapons, but the two Israeli soldiers did not shoot to kill, forcing others to finish off the wounded with un-silenced weapons. The movie leaves out this minor detail.

The limo arrives at the airport service building where the hostages are being held. Without ceremony, machine gun fire from the car window dispenses with two militants guarding the door. 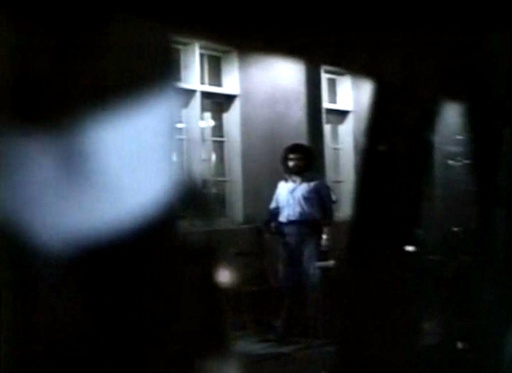 Israeli soldiers storm in, ordering all hostages to stay on the floor. Several who do not are shot, with three being killed. There is a protracted exchange of fire, and all the militants, by now numbering seven, are killed. Hostages are rushed to the waiting planes and flown to Kenya, where they were probably met by a young Barack Obama. There the planes refuel and fly on to Israel.

But this is not before a final exchange of gunfire with a Ugandan soldier atop a building, in which the shooter is killed and also Netanyahu. He is the only fatality among the Israeli forces. 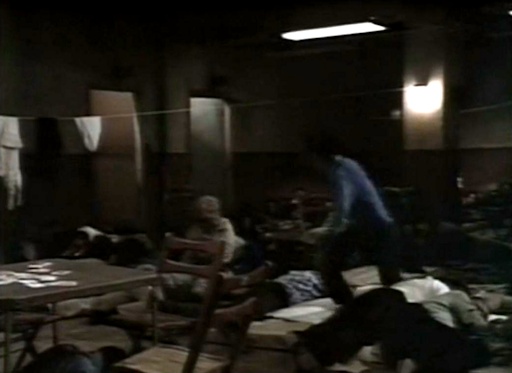 Back at Tel Aviv airport Israeli citizens await the return flight. It is an epic moment in Israeli nationalism. The small country has scored a major victory against its enemies. Nationalist music plays over the images. 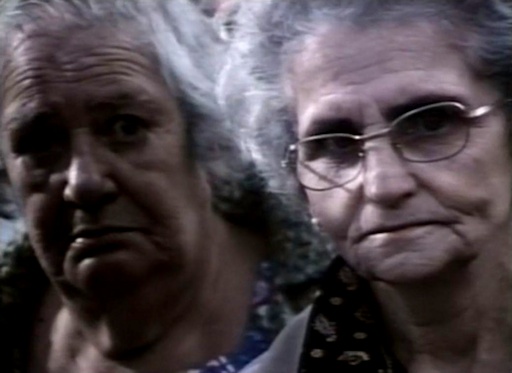 The film freezes on the joyous return. 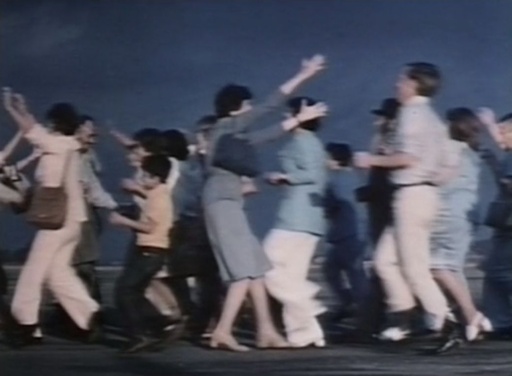 Lest readers be tempted to shed a tear for the Ugandan soldiers killed in the lopsided gun battles at the airport, spare the sentiment. Idi Amin reacted to Kenya’s participation in the rescue by declaring an unofficial war and having several hundred Kenyan’s in Uganda killed. It was Ugandan soldiers who carried out these killings. These same people murdered Dora Bloch (Sylvia Sidney), a 74-year-old Jew who had been hospitalized prior to the raid. They took her from her hospital bed and murdered her. They also killed doctors and nurses who intervened.

Neither should anybody show sympathy for the cause of the militants, who were prepared to murder people, not Israeli citizens, simply for being Jews.

And there is more. I lived through these times and watched a sequence of such events unfold in the news. Four years before, a group with similar sentiments attacked the Israeli contingent at the Olympic Games in Munich, Germany. They shot their way into the compound where the athletes were staying and demanded passage, with their hostages. The Germans, somewhat subdued since their horrendous loss in a previous war, conceded, resulting in a debacle at the airport in which all the hostages were killed and after which all the terrorists were set free.

This period was punctuated by similar events, including the murder of a crippled Jew aboard an ocean liner. And one has to wonder about the thinking of these anti-Israel militants. They have been doing this crap for half a century, and the result is that any sympathy for their cause has eroded with each case. What I see are people, who might have had a legitimate cause at one time, allowing their gonads to do their thinking.

This received positive response when it hit the screens in 1977, earning at least one Oscar. I find the directing to be tepid at best. This was a story filled with fast-paced and deadly drama, but it unrolled on my TV screen as a from-the-shoulder documentary. When it previously came on TV 40 years ago I do not recall the visuals being this murky. It’s possible Amazon was not able to obtain a quality print.

I'm a retired engineer living in San Antonio, Texas. I have served in the Navy, raced motorcycles, taken scads of photos and am usually a nice guy. I have political and religious opinions, and these opinions tend to be driven by an excess of observed stupidity. Gross stupidity is the supposed target of many of my posts.
View all posts by John Blanton →
This entry was posted in Entertainment, Movies and tagged Entertainment, Movies, reviews. Bookmark the permalink.