Trouble in the City

I always pictured Brussels to be a laid back, lowlands town. Who would have known there was that much excitement going on?

Walking around the streets, checking out the shops, grabbing a beer and some food, the place was definitely low key. Until the trouble started.

Somewhere a siren was screaming, and I got my camera ready. Then here it came. A police car charged down the street we were on. Three quick shots, and the bugger was out of sight.

So, that was the excitement for the day. Not quite. Presently there was another siren. We couldn’t tell where it was, but it was definitely getting closer. I figured to get on the other side of the street while I could.

Too late. I was about half way across when it came into view. About a block away, it was charging. I barely reached the curb, and it was apparently the driver was striving to miss me. I just had time to (literally) shoot from the hip. 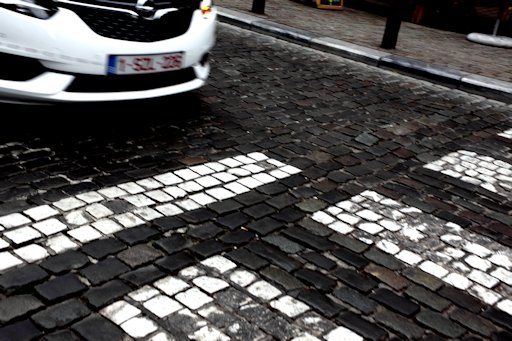 Once it was past I was able to bring the view finder up to my eye and to get off one last shot before the driver took the corner absolutely flat. No slipping or sliding, he just hooked it around. I would not want to be the bad guys when these cops finally got to the scene. 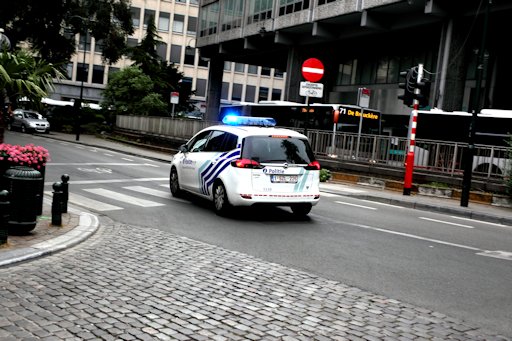 I'm a retired engineer living in San Antonio, Texas. I have served in the Navy, raced motorcycles, taken scads of photos and am usually a nice guy. I have political and religious opinions, and these opinions tend to be driven by an excess of observed stupidity. Gross stupidity is the supposed target of many of my posts.
View all posts by John Blanton →
This entry was posted in Automobile, City, Travel and tagged Belgium, Brussels, Europe, Police, travel. Bookmark the permalink.