Bad Movie of the Week

Number 44 of a series

Quarantined at home, I have lots of time to watch old movies. Just like last year. This one is Beyond the Time Barrier from 1960 and streaming on Amazon Prime Video. 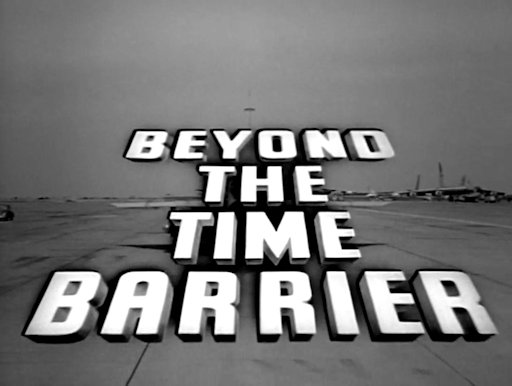 Wikipedia has the details.

Yeah, I don’t recognize any of those names, either. I was spending a lot of time at sea the year this came out, and this is my first time watching it. The acting is mediocre, and the science is bad. Other than that it’s an all right movie.

We see Major Allison check in at the Air Force base and meet up with Colonel Martin. They have planned a special flight in a modified F-102, only they never call it that in the movie. Martin outlines the test profile. Allison is to push the throttle to the wall and climb to 75,000 feet. There he will engage a rocket engine and go into suborbital flight at 500,000 feet, almost 100 miles up. He will become a spaceman. 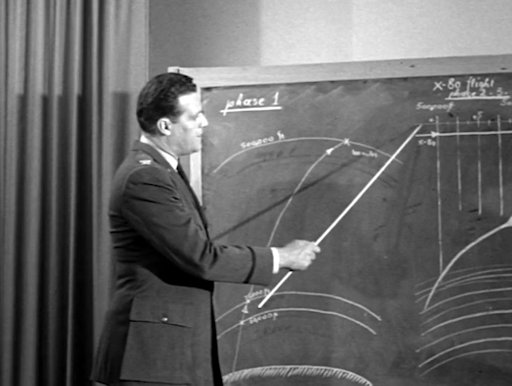 Allison is suited up and ready to go. 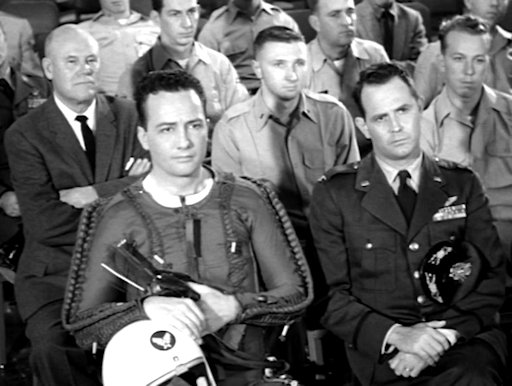 Everything goes as planned, and gunning along at 10,000 mph the plane experiences a shift in space-time. 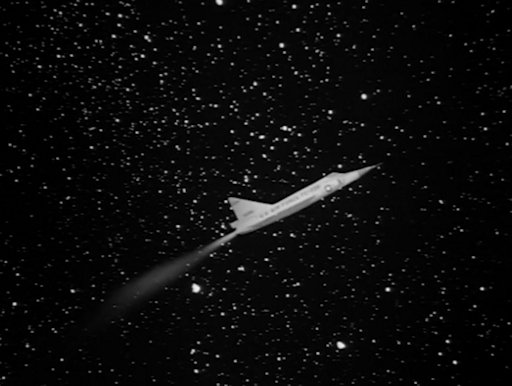 When Allison lands back at the base it is deserted and rundown. Nobody has been there in years. He hikes along the road, looking for civilization. 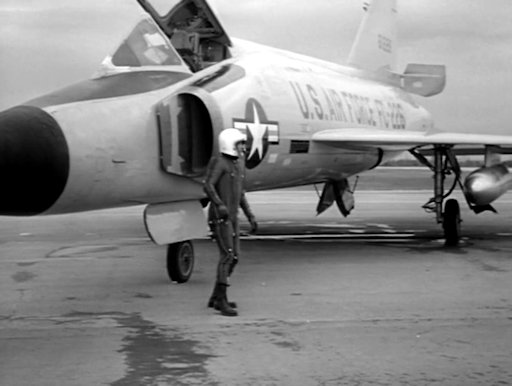 It’s one of those “Where is everybody?” moments. In fact, that is what he shouts. 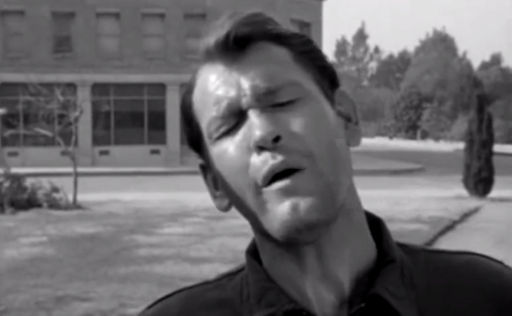 He comes to a futuristic edifice, and as he approaches he is being tracked by people at the controls of a paralyzer device. They bring him down to depths of an underground community. After they decontaminate him he gets to meet his captors. One of them is Princess Trirene. Nobody speaks, and nobody can hear. This at first confuses him, but Trirene has the ability to read people’s minds, and she knows what he is thinking. 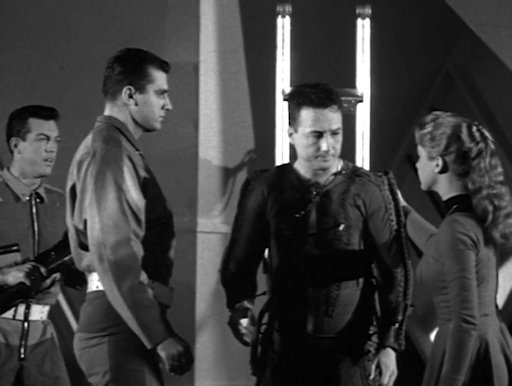 He is brought before the royal court, one of which is Trirene’s grandfather, known as The Supreme. 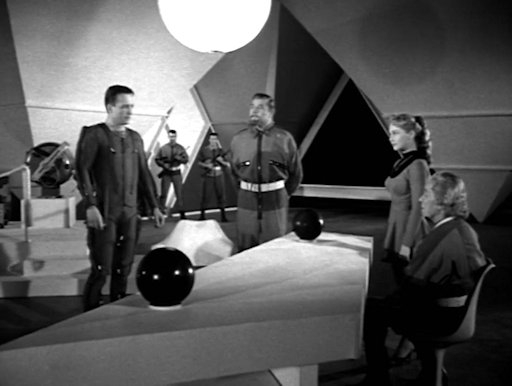 They figure he is a spy for the unmutated. They throw him into a jail for captured mutants. Notice everything is in triangles. They have forgotten to make rectangular doors, even. 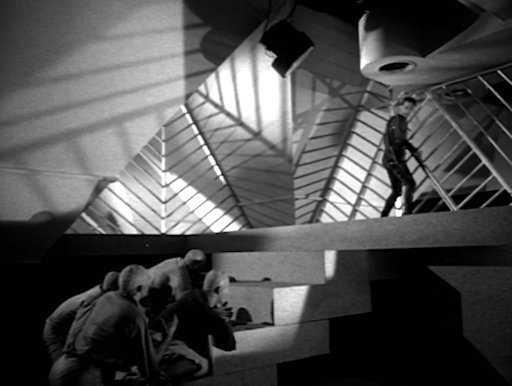 But Trirene can read his mind, and she knows he is not a spy. She has him sprung, and she has reasons. Only The Supreme and The Captain can hear and speak. Everybody in the colony is sterile, except perhaps Trirene, and there are plans to exploit the Major to increase the population. 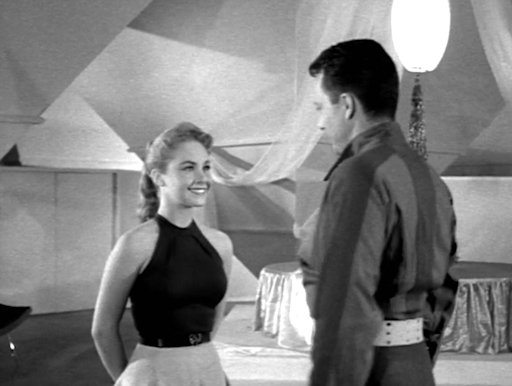 But there are other captives, as well. They convince him it is no longer 1960. It is 2024. Remember, readers, this is what the world will look like in four years. The three other captives are scientists of sorts, and Captain Markova has a scheme. 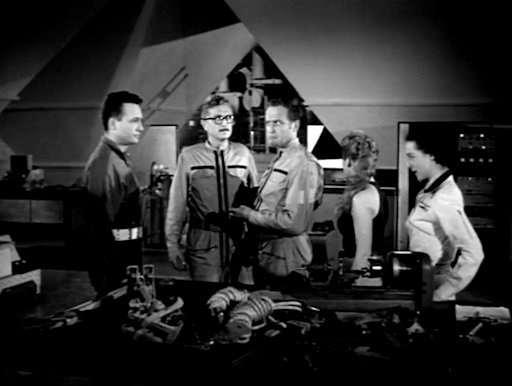 Without a lot of elaboration, the other three captives hatch a plan. They will help the major escape. He will travel back in time and will warn the world to avoid the radioactive disaster that has led to the current crisis.

The major plans to take Trirene back with him, but Markova figures to be the one to go back with him. She knifes a guard and sets free the mutant prisoners. 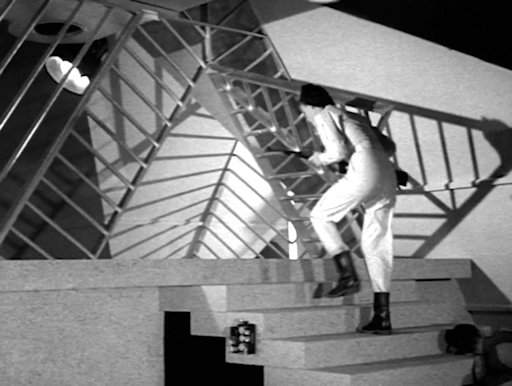 There is a wild melee, with mutants and most of the guards killing each other. 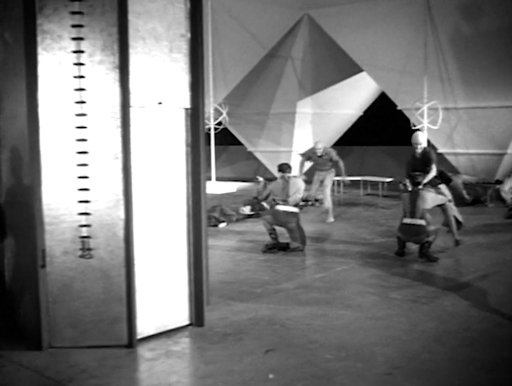 When Markova attempts to assert her scheme, one of the others shoots her. There are additional exchanges as counter plots among the remaining scientists emerge. A stray shot kills Trirene, and the major carriers her body back to her grandfather. The Supreme gives the major Trirene’s ring, and he escapes, making it back to his plane. 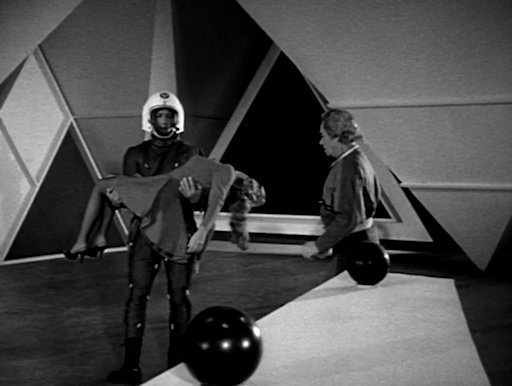 He returns to 1960 and to his home base, but as he prepares to land he radios he has an emergency and needs help. He is taken to the hospital, and here we get to see his current condition. He has aged the 64-year difference. 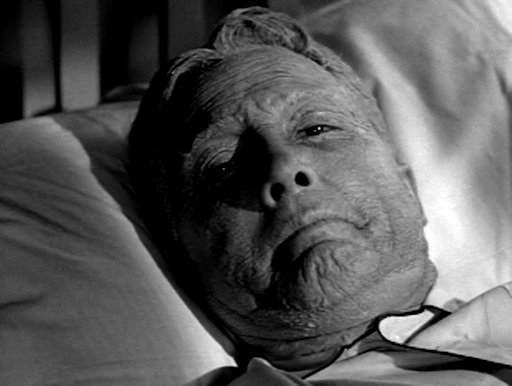 His obvious change, plus his information about the two scientists he has met and also Trirene’s ring all converge to convince authorities this is real, and something must be done to save the world. 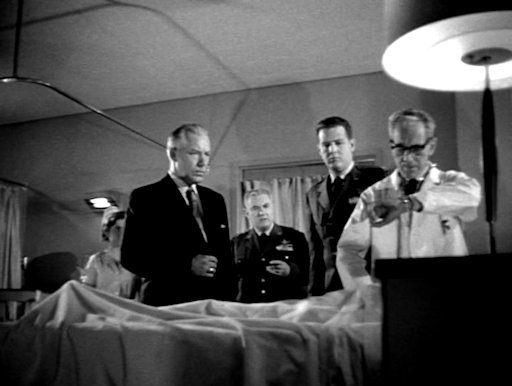 And I am guessing the world gets saved. We never see anymore after this.

I'm a retired engineer living in San Antonio, Texas. I have served in the Navy, raced motorcycles, taken scads of photos and am usually a nice guy. I have political and religious opinions, and these opinions tend to be driven by an excess of observed stupidity. Gross stupidity is the supposed target of many of my posts.
View all posts by John Blanton →
This entry was posted in Entertainment, Movies, Reviews and tagged Entertainment, Movies, reviews, Science Fiction. Bookmark the permalink.

1 Response to Bad Movie of the Week